Loan protection policies commonly known as PPI were created to allow people to keep paying their loans and mortgages in the event that they are unable to pay due to sudden unemployment (i.e. illness, retrenchment, accidents) or similar conditions that hinder payment and/or cause loss of income.  With this insurance the initial lump sum paid up front and the successive insurance premiums are used to create a fund that will be used, should such cases turn up.  As a precaution to sudden job loss, this insurance is quite useful, however there have been many cases of mis-sold PPI on loans as well as devious fine print on PPI policies that have had many people complaining.  Some of these issues include:

PPI being deemed necessary to approve loans
Loan protection being set up to only pay the accumulated interest rates
Unused PPI not being returned after loan repayment
PPI being sold to individuals who have no use for them (i.e. self-employed, retired)
Different applications and case by case interpretations of the policy
PPI policies not entirely explained by brokers to clients and so on.

These and many other issues that were brought to light were investigated by the financial ombudsman and the resulting scandal that surfaced had the banks apologizing in the end for the terrible practices.  The most damaging facts against the banks included PPI add on policies being massively overpriced (in comparison to stand alone policies), the selling of PPI without the persons knowledge and/or consent and the huge profits made from selling PPI with different loan, mortgage and credit card packages.  The latter, being the most damaging of the three, came as a result of a lot of companies mis-selling PPI and the attractive commissions individual brokers would make in a successful sale.  To add, only 10 percent of those policies ever paid out. 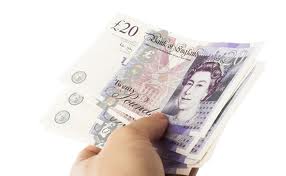 As a result of the investigation and succeeding trial the high court ordered the banks involved to return the billions of pounds to the consumers that were mis-sold the policy.  If you believe that you’ve been a victim of such malpractice then you may seek repayment of your mis-sold insurance.  PPI claims can be made on your own with the help of the financial ombudsman or with ppi claims companies (of course the latter usually involves a fee).  Either method you choose may take some time, but its better than forgetting about the whole issue. And on a larger scale, an important step for social justice.